Relationship with the land leads to fruitful harvest!

There is an old magical adage, first written by Hermes Trismegistus, that goes “As above, so below, as within, so without, as the universe, so the soul…”  I’ve spent a long time in trying to understand this statement, see it at work in my own life and in the broader world.  And I’ve come to at least one understanding about it–it is certainly relevant when it comes humanity’s relationship to the natural world.  I believe that there is a special relationship with humans and the natural world; we are meant to be in a reciprocal relationship with each other. When we are at peace and radiate love, this is what we get in return.  When we are self-focused and in pain, the land around us also suffers.  This sacred relationship, part of which I explored in one of my recent posts, is critical to our understanding of humanity’s role in protecting, preserving and tending the land.

I’m going to tell the story of this sacred relationship as a microcosm, and what happens within and without in my own life in the last 12 or so months.  I’ll end with some larger trends of the macrocosm, the larger region and world.

I’ve had beautiful, incredibly successful gardens my first two years of gardening–and these are the source of much inspiration or practical projects that you, dear readers, read about on this blog. These gardens have inspired me, encouraged me, and nurtured me as I was able to nurture and tend them.  We were mirrors of each other; reflections of the spirit.  I was happy, fulfilled, and content–and the garden responded with bounty and seemingly limitless growth.  This year, things are radically different–both within and without.  I’ve gone through one of the most difficult years in my adult life, and most of the major incidents that I’ve suffered this year have taken place in my home or on the land.  I’m seeing a relationship between these events and what’s happening in my garden, and I wanted to take this time to explore that relationship.

In a nutshell, I went through a divorce and end to a seven-year relationship in late 2012 and have suffered numerous serious hardships and betrayals with family members and friends since that time. I invited a family member that I was close to to come and live with me after the divorce; he expressed interest in what I was doing here in terms of sustainability. That turned out to be a horrific experience and I was seriously taken advantage of, my world turned upside down…in the end, it was worse than the divorce.  This, and many other events, of the last year consumed my energy and shifted my usually-positive and upbeat view into something filled with sadness and suffering. And these effects were felt energetically in my garden. 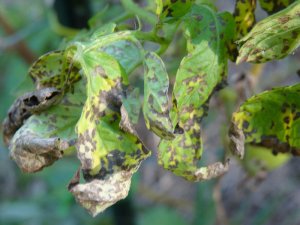 Despite good soil and composting practices, biointensive gardening, good crop rotations, and so forth, my garden is literally half as productive this year as it has been in previous years. Furthermore, all of the things I went through, mainly,  happened in my home or on my land–which matters.  All seemed to coincide with important gardening events.  Starting seeds and planning my crops was disrupted by the divorce and my need for recovery in the latter part of 2012 and earlier part of this year; the difficulty with my family member and some friends began right as I was planting my tender seedlings into the garden around the end of May.  As the garden was in need of tending throughout June and July more issues with my family and friend circle surfaced, and much of what I could have done was lost to weeds and pests.  Every critical garden event seemed to be mirrored with yet another life event that caused trauma and sadness.  And my usual bountiful garden is wilted, diseased, and withered.

Tomatoes are worth discussing here as a specific example. Tomatoes are my most important veggie; I worked for years to be “tomato independent” and grow all of my own tomatoes for sauce, salsa, dried tomatoes, etc. My tomatoes began blighting in early July; this was when some of the worst events with my family member and friends were occurring. A good friend and I spent several hours cutting off the blighted branches to save the tomato crop after we noticed the blight (which creeps up from the ground); despite our best efforts, the blight kept returning. As the events surrounding my family member intensified, so did the tomato blight. By mid-August, my family member moved out but the blight had taken most of the tomato crop. I went into the garden last week and the last of my poor tomatoes were literally all blighted and rotting on the vine before they were even ripe–I cried and cried, and then I cleaned them up and realized that there was a lesson in all of this for me, and important lesson. Its not a coincidence that tomatoes, one of my main crops, were the hardest hit by the blight–these are the plants I care the most about because they allow me to be more independent from the system, these were the ones I put the bulk of my energy into growing in the previous year.  And these are what suffered the worst. 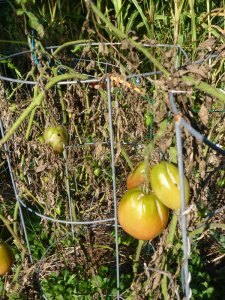 I think my own story of what happened to the garden this summer is a microcosm for the broader world.  Events got out of hand in my own life, and that caused my relationship with the land to change–what was within me was reflected in the land I tend.  I’ve spent the last month and a half recovering from these events, and they have caused me to grow substantially, but the process was certainly a challenge.

There is an energetic connection between humans and the land–even for those present day Americans who don’t want to admit it, the connection is there.  When we are suffering, the land suffers.  When we destroy the land, we destroy our home but also, our spiritual connection.  I’ve written about this concept before in regards to the forest to which I belong (which was cut when I was 14 and regrew, joyfully, in the years since and now provides healing mushrooms).  I think about the world in peril now-much of what we see is human caused, or human facilitated.  And its a lot of suffering–oak blight, emerald ash borer, some kind of maple spot disease I have yet to identify, loss of habitat, loss of species, ocean acidification, and so forth, are all caused both by humanity’s physical actions, but also our lack of spiritual connection.  When most of America spends its time watching 4-6 hours of TV per day, consuming products that are 90% likely to end up in a landfill within a year of purchase, and engaging in practices that are directly destructive of  the lands we inhabit, I do not think it surprising that we are seeing so many tree blights, floods, and so forth.  There are physical causes, yes, but I would also argue that there are spiritual causes.  For the first time in human history, perhaps ever, our civilization has spent the last few generations disconnecting itself from food growing and production and interacting with the land.  This has a very high cost, and its one that future generations will continue to pay.

But all is not lost…as we move through the wheel of the seasons, ever new and yet ever the same cycle repeating, once again, a new season is upon us.  With the coming of the equinox, fall is here.  And with late fall comes the cold, the dark, the winds, the snow.  And with that cold, the land heals, it rests, it lays fallow.  In the spring, at the other side of the wheel of the year, the equinox will be upon us again, and I’ll have a chance t replant my garden anew.  To learn from past mistakes, and to heal myself through the growth of the garden.  I hope that others can do the same–that we can bring our own lives into alignment with the natural world again, so our lives and our lands can benefit.  As within, so without; as above, so below.  This is today’s lesson from the magical garden.

19 thoughts on “As Within, So Without: Blight and the Magical Garden” 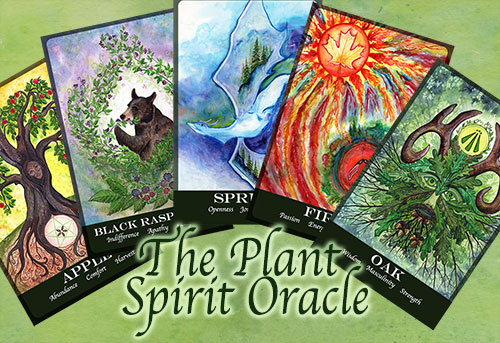 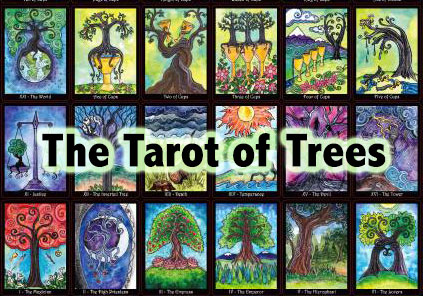