Hello blog readers! I’m happy to announce that we are bringing John Michael Greer to South-East Michigan!  Here are two events free and open to the public.  You can also download a flyer of the event: JMG Flyer 2013 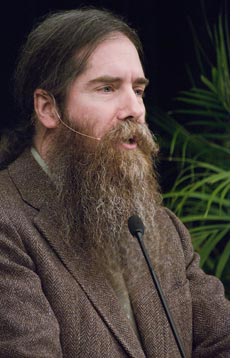 Esteemed author and researcher John Michael Greer has written over 20 books on subjects such as peak oil, esoteric wisdom, and nature spirituality. His books include The Long Descent: A User’s Guide to the End of the Industrial Age, The Wealth of Nature: Economics if Survival Mattered, and The Druidry Handbook: Spiritual Practice Rooted in the Living Earth. He is also the Grand Archdruid of the Ancient Order of Druids in America and blogs weekly on The Archdruid Report.

“Not the Future We Ordered” Community Lecture and Discussion

500 Temple St, Detroit, MI 48201
Join us for an afternoon with John Michael Greer, where he will examine peak oil and industrial decline, the topic of his newest book, Not the Future We Ordered. In this talk, Greer will focus on how Detroit has already gone most of the way through the transition to a post-industrial future, and how the next America is in the process of being invented in the Rust Belt. The talk will consist of an hour lecture with time for questions.

Mycelium is incredible. Not only does it form a web of life, where nutrients can be moved or shared, mycelium also can form a communication web that connects a whole forest. Mushrooms are our great teachers and guides.
Hawthorn is the healer of the heart, reaching deep into our emotional hearts. Her thorns create protective space for healing, processing, grief, and the multitude of other things we must feel in order to heal. Hawthorn is also a tree of gateways and portals; she will help you journey both within and without. She is ready to lead you on that healing journey with her medicine and teachings.
Listen to the music of the world.